The Dynamic Biofouling Protection System is used for, e.g.: 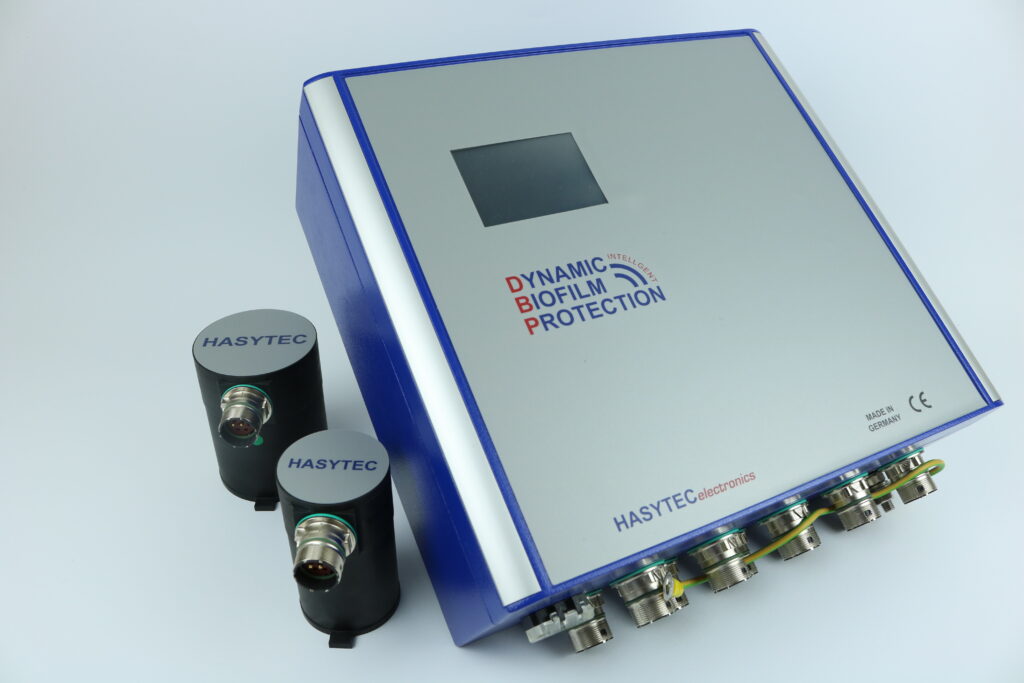 UTRASONIC AS A PREVENTIVE MEASURE AGAINST BIOFOULING

Biofouling starts small; it’s a small issue that quickly worsens. The fouling process starts from the moment the surface is immersed in water and takes place in three main stages: formation of a conditioning film, microfouling and macrofouling. The combination of the conditioning film and the slime of living and dead bacteria cells generates the first stage of microfouling.

The DBP works with transducers emitting ultrasound that affects and avoids fouling in the very first evolution phase significantly. Without the biofilm the attachment and food base for every further fouling and growth as algae, barnacles or shells is gone.

The ultrasound causes vibration in the surfaces (e.g. hull, propeller shafts, rudders, sea chests, water coolers) to which the transducer is attached. At lower intensity levels, the rapid vibrations, creates small movements of the surrounding water, making it extremely difficult for marine life to firmly attach to a surface, and even to exist and function. This type works best to maintain a clean hull; such as inhibiting the settlement of barnacle cyprids.

The Dynamic Biofouling Protection System is environment friendly since it is biocide-free and works without toxins. It doesn’t harm any fish, dolphins, whales or human beings.

Meanwhile 300 ships are successfully using the DBP system against biofouling.

For questions and inquiries please fill out he following form: